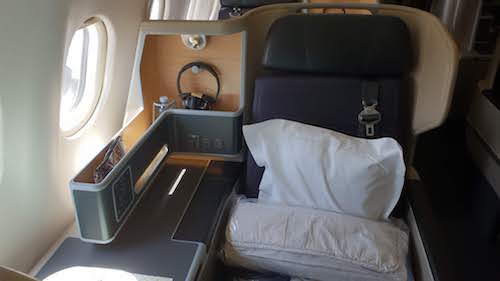 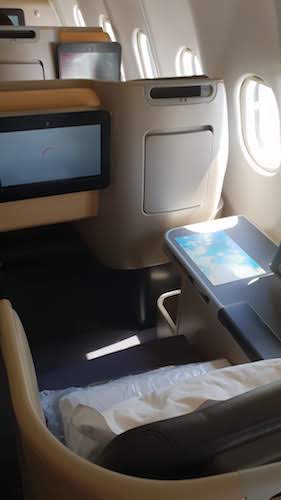 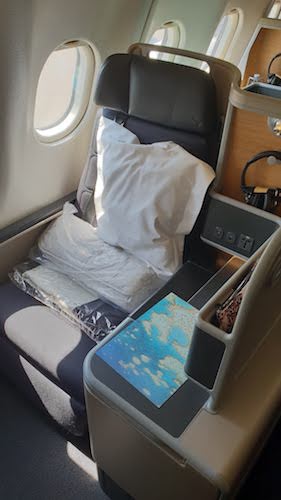 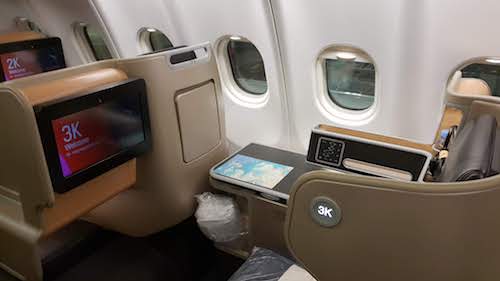 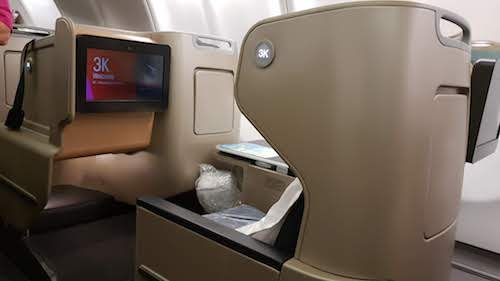 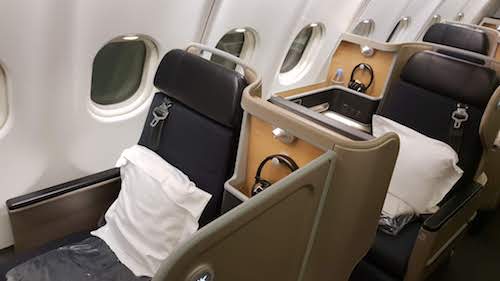 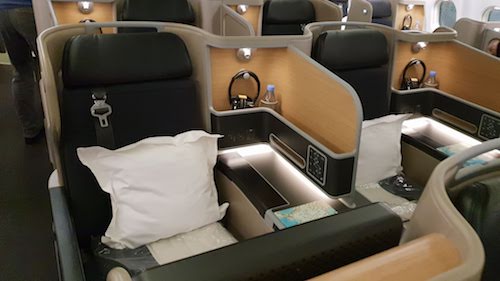 The Business Suites have plenty of storage with a shelf that runs around the perimeter of the seat, along with controllers that adjust your seat to a fully flat bed at the touch of a button, USB ports and power sockets. 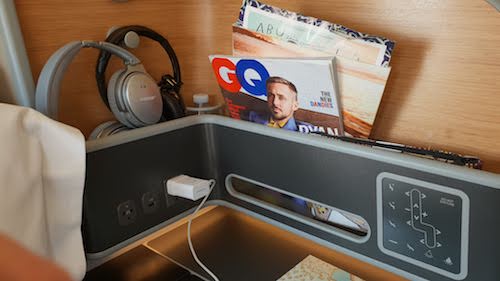 The Suite is also equipped with a large touchscreen screen and plenty of on demand entertainment. 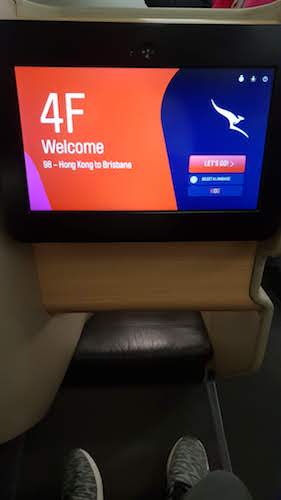 Touch screen and on demand entertainment.

To fully enjoy your flat bed, each business class passenger is provided with a 100% cotton quilt and mattress along with a European style pillow 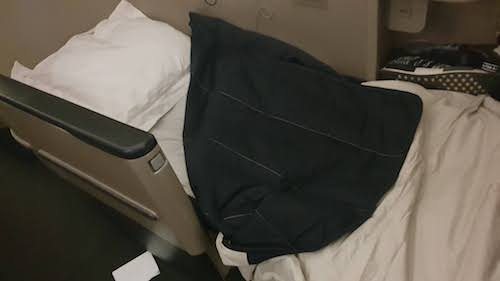 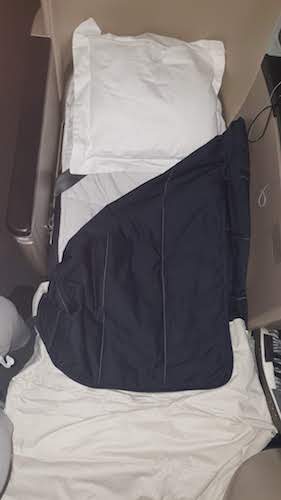 The current Qantas amenity kits are from the Art Series collection launched in 2017. Each kit features the artwork of an Australian artist and is packed with ASPAR products including hand cream, lip balm, face moisturiser, Colgate toothpaste, a toothbrush, as well as earplugs, socks and a sleep mask in the same design as the bag. See the full list of Qantas Art Series Artists here.

We received Maaate by Jon Campbell and Fairy Bread by Billie Justice Thomson. 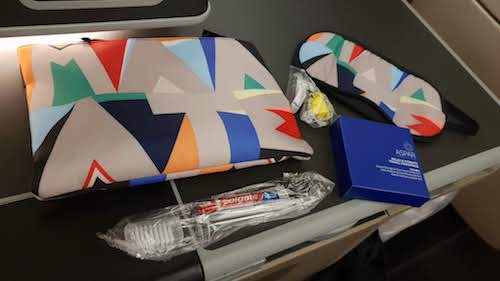 Maaate by Jon Campbell, part of the Qantas Art Series 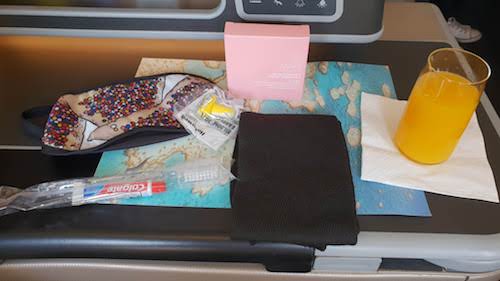 Inflight dining on our flight to Shanghai included both lunch and dinner.

Lunch started with a choice of:

All main meals were served with a green leaf salad with a specialty vinaigrette from chef Neil Perry. The meal was finished with a choice of Cheese, Chocolate Malted Tart, Maggie Beer ice cream, seasonal fruit or Chocolates. 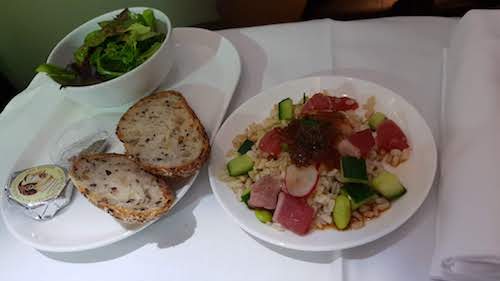 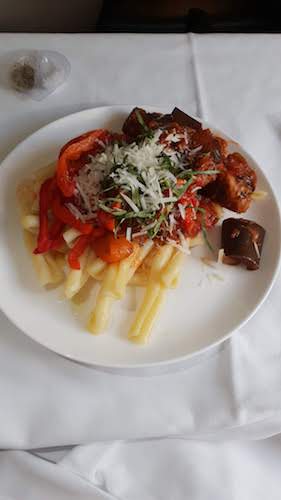 Prior to landing in Shanghai a light dinner was served with a choice of:

Dinner was followed by a selection of cheese served with accompaniments, gingerbread with baked rhubarb, meringue and vanilla yoghurt On the return flight, a night flight out of Hong Kong, a 3 course dinner was served after departure. Followed by breakfast prior to landing in Australia.

To Start, a choice of: 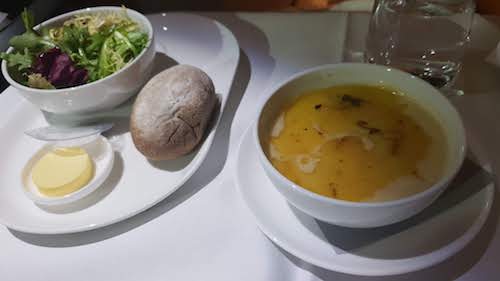 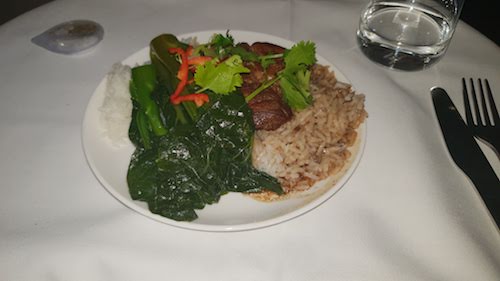 Prior to landing <strong 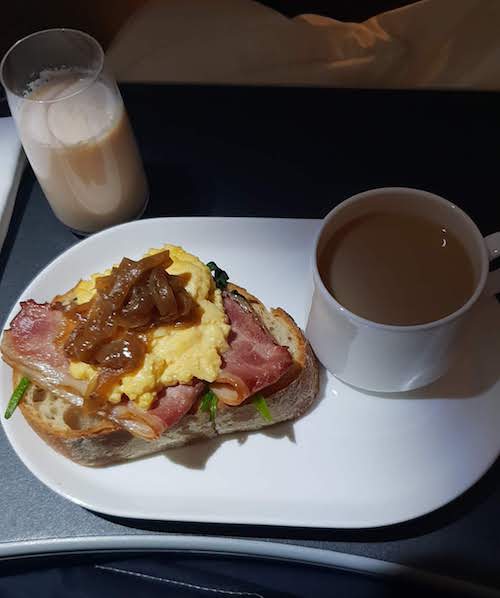 Both flights with Qantas were extremely comfortable, the meals were tasty and fresh, and we managed to get about 5 hours sleep on the overnight flight.

To book your Qantas business class round the world flights, contact our Specialist Airfare Consultants.