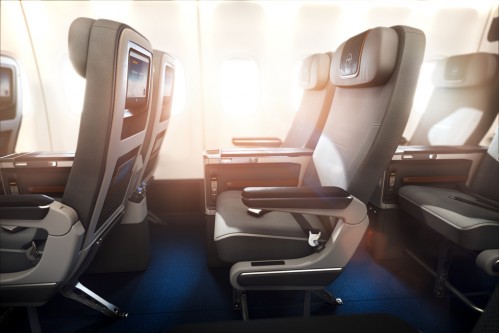 Last month I had the pleasure of flying in Premium Economy from Hong Kong to Munich with Lufthansa on their A340 aircraft. I was seated in the exit row, so I had ample leg room, and my seat even had a leg rest that extends out from the seat, so I had support for my legs throughout the flight. Other rows not in the front row or exit row have a foot rest that folds down from the seat in front, but I think the leg rest is the way to go if it is available on your flight. In Premium Economy you are also given a bottle of water, and an amenity kit, with eye shade, socks, refreshing towelette, and toothbrush & paste. 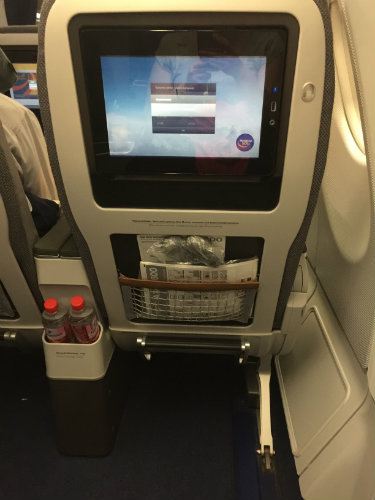 The flight departed Hong Kong on time, and I decided to watch a couple of TV shows before the meal service. Lufthansa have good size screen in Premium Economy, and a good selection of shows and movies. They have a touch screen, which is easy to use, and I didn’t realise there is actually a remote tucked away in the seat until part way through the flight. As I was seated in the exit row, I was a bit further away from the screen than normal, so I felt a bit foolish after reaching over to the screen each time, when there was a remote there the whole time. The meals were tasty, and were a mixture of German & Chinese dishes, to cater for the mix of passengers on board the flight. With the smaller cabin in Premium Economy, we didn’t have to wait too long for the meal to be served, or for the crew to clear the trays once we were finished. The crew were polite and efficient. 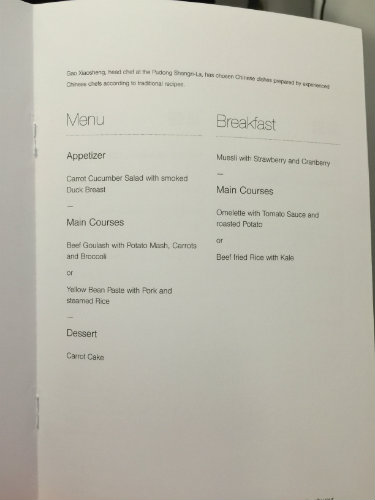 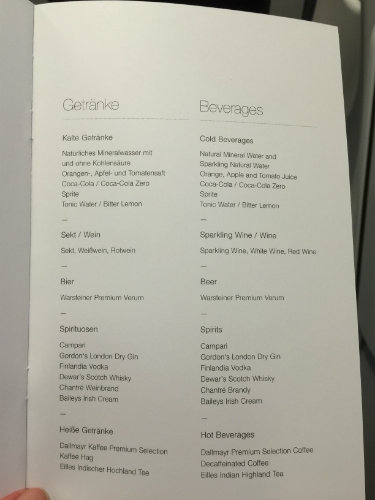 After dinner I was determined to get some sleep, as I had a big day on arrival in Munich the following morning. I managed about eight hours sleep on the flight, which is quite rare for me, but the extra space in Premium Economy, the comfy seat and the leg rest made it much easier to get some shut-eye on the plane. 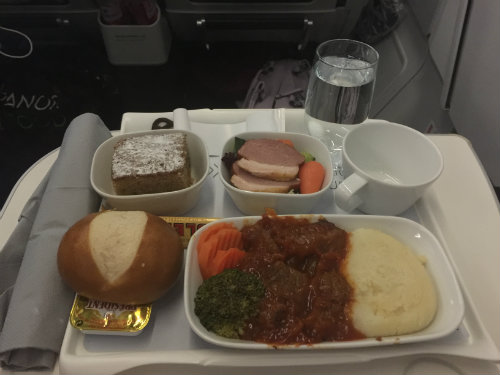 Even though Lufthansa’s Premium Economy product is only about eighteen months old, it was easy to see that the other Business & Economy cabins were also quite new, with the latest product. One interesting feature of the A340 is that the toilets are downstairs in Economy, and Premium Economy passengers use them as well, but they are a bit more spacious compared to other aircraft.

All in all I was very pleased with my Lufthansa flight in Premium Economy, and would definitely do it again, if the chance arose.

To book your Lufthansa Round The World Airfares, contact our RTW Airfare Consultants.