Turkish Airlines have joined the round the world market with a great 3 continent airfare that covers plenty of destinations. Enjoy full service comfort onboard Turkish Airlines fleet of new generation aircraft.

Turkish Airlines won Best Airline in Europe 6 years in a row from 2011 to 2016 at the Skytrax awards, being ranked 12th in the world in 2017. This fare is great for Southern/Eastern European destinations in particular.

This fare is the first discount round the world ticket with convenient connections in and out of Manila, Taipei and Jakarta.

Turkish use a variety of airlines from Australia to Asia, including Qantas, Eva Air, Air China, Cathay Pacific, Singapore Airlines, Hong Kong Airlines, Korean Airlines and Philippine Airlines. Pricing varies between the airlines but Qantas provide some of the cheapest fares. Between Australia and North America, flights are with Qantas or Air Canada.

Turkish Airways Economy Round the World from $2284 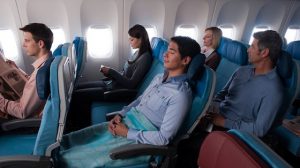 Turkish Airlines – Economy Round The World

Turkish Business Class Round The World from $8454 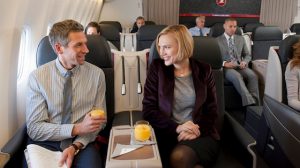 To find out more and to book your round the world flights with Turkish Airlines, contact our RTW Airfare consultants to find the best option for you.