Virgin Atlantic has revealed their new look A350 aircraft due to take to the skies later this year.

Introducing The Loft. The new A350 Virgin Atlantic, Upper Class, business class includes The Loft a communal space for business class passengers to relax and socialise, with the option to grab a drink or share a meal with friends. The new Loft onboard Virgin Atlantic’s A350 The business class cabin has a 1-2-1 configuration providing direct aisle access for every passenger, higher walls around each seat create a greater sense of personal space. Between the 2 middle seats a retractable privacy screen allows for the choice to socialise with your travelling companion or opt for a private space. The new Virgin A350 Premium Economy has had a complete overhaul with the introduction of luxury custom leather seats. The new premium economy features more storage, a 13.3 inch entertainment screen with an intuitive new entertainment system, and a four-way adjustable headrest. Economy has not been forgotten with the new Virgin Atlantic A350. The economy cabin features a brand new economy seat upholstered in bespoke woven fabrics, with a six-way adjustable headrest and an 11.6 inch seatback screen. Each seat also includes a USB charging port. Virgin Atlantic will take delivery of 12 A350-1000 over the next three years with the first four to be in service by mid-late 2019. The A350 features a more spacious feel thanks to the illuminated dome ceiling, cleaner air with an advanced filtration system, a calmer cabin with quieter engines, and an improved cabin atmosphere due to lower cabin altitudes, all leading to greater inflight well-being and reduced jetlag. 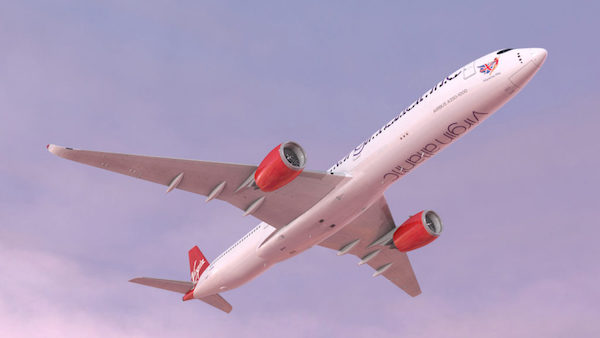 The London – New York route will be the first flight operated by the airline’s new A350s.

To book your Virgin Atlantic round the world flights and experience the new A350 contact our RTW specialist Airfare Consultants.