On 29 January, the same day as the arrival of its first new Boeing 777-300ER, SWISS also unveiled new lounge facilities at Zurich Airport.  In a formal ceremony the new First Class, Senator and Business Class Lounges in the airport’s Terminal E were officially opened.  The event continues SWISS’ ‘Next Generation Airline of Switzerland’ strategy, running since 2014, that has seen the airline invest several billion Swiss francs into its aircraft fleet and in making its products and services even more appealing to guests. Extending over more than 3,300 square metres and located conveniently close to its long-haul departure gates, the new lounges feature an innovative zone concept for SWISS’s premium guests: open areas in which to sit and simply enjoy the stay, work areas with private workstations, and rest zones equipped with specially-developed seating offers genuine relaxation. The new lounges highlights include front-of-house cooking areas where the chefs will prepare fresh meals right in front of the guest.  The Senator Lounge boasts an exclusive Whisky Bar offering over 120 different varieties.  The SWISS First Lounge even features its a five-star à la carte restaurant: whatever the time of day, guests can select the meal of their choice from an extensive menu. 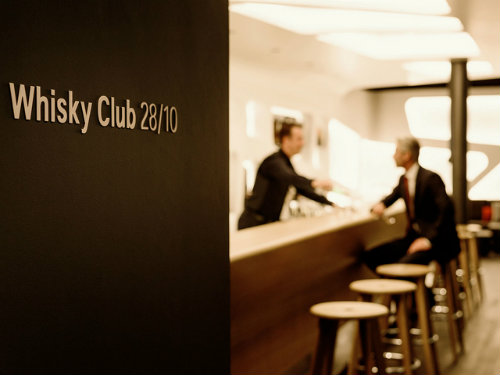 Perhaps our favourite feature is that all three lounges have access to a terrace with great views of the airport and the Swiss Alps beyond.  And guests in the First Class Lounge can enjoy a tasty fondue or raclette on the terrace in the winter months as they take in the spectacular vistas. Let us know if you’re visiting one of the new lounges soon, we’d love to hear what you think!