It’s no secret that the RoundAbout Travel office runs at its best when we’re fuelled up with good coffee – it’s not just coffee folks, it’s a way of life!  Most of us like to start our day the same way when we’re travelling too, so you can imagine our excitement when we heard the latest on United’s in-flight service.

They have welcomed Illy, one of the world’s best-known premium coffee brands, as their exclusive provider both on-board and in United Clubs.  Illy was chosen after a long process of testing with United customers and its employees, and the airline believes the brand reflects their commitment to creating a premium experience for passengers worldwide.

In other United news, new United Club locations opened in Atlanta (Hartsfield-Jackson) and San Francisco (International) last month.  Both have been done out with a modern design and feature panoramic views of the airfield.  There’s also comfy seating, healthy food choices and complimentary beverages.  The Atlanta club is located between gates 11 & 12 on the mezzanine level of Concourse T, while the San Francisco club is in the newly renovated Terminal 3 on the East Concourse.  Expect more new lounges and refurbishments over the next few years as United invests over $100 million in their Club locations. 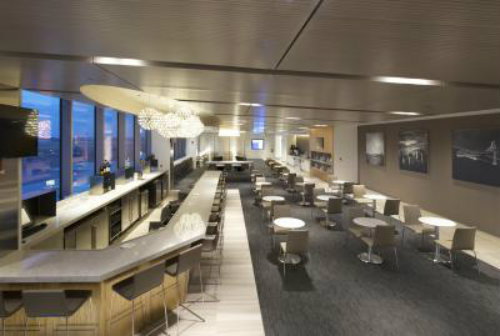