We checked in to  the Qantas First Class Lounge in Sydney ahead of flying to LA. The international lounge is located airside in Sydney’s T1 terminal, with access from level 3.

Related: Read our review of flying First Class on Qantas’s New A380

Once inside the Qantas First Class lounge you’re greeted with the lounge’s signature green wall before heading upstairs to the welcome desk. Entrance to the Qantas First Lounge in Sydney Upstairs the Qantas First Class lounge stretches along the terminal with wide sweeping views across the tarmac and on to Sydney in the distance. We visited the lounge early in the morning and not on the clearest of days, but were still able to appreciate the view from this lounge which must be one of the best in the airport. Views from the Qantas First Lounge

The lounge is long and is split into 2 by a central marble walkway. Along the windows the lounge is arranged into sections by large wooden beams clearly defining dining, and lounging areas. 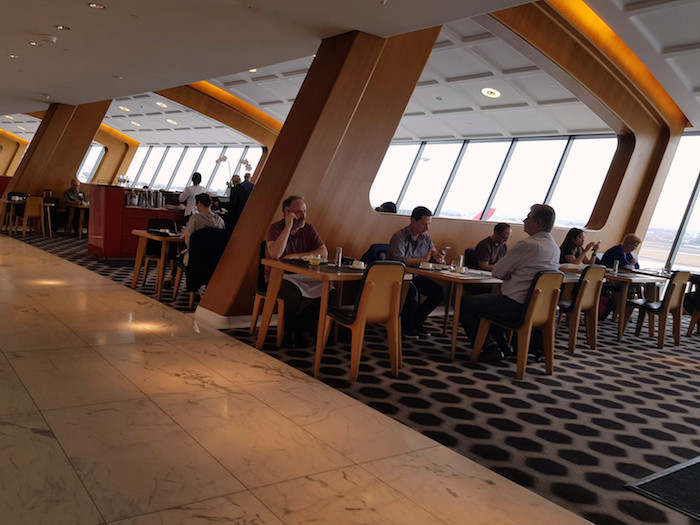 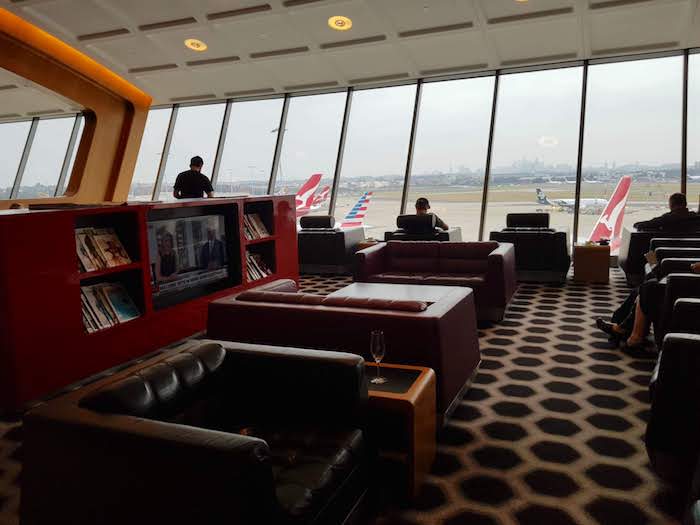 The other side of the lounge is dominated by the signature Qantas marble bar, which features a fully stocked bar with an extensive range premium drinks as well as an onsite barista. Dining options in the lounge are created by Neil Perry and the Rockpool team and include a full a la carte menu as well as self serve options.

The menus are updated seasonally as well as depending on the time of day, our morning visit featured a breakfast menu packed with fresh and tasty options including Neil’s healthy bircher muesli, Buttermilk pancakes (served with Qantas Honey – produced from the airlines own beehives housed at their head office), Sweet corn fritters, Eggs Benedict and more. The menu also has a range of wine and beer to enjoy with your meal including French Champagne.

We enjoyed the Sweet corn fritters, fresh juice and coffee which was an excellent start to the day. Sitting in the dining room of the Qantas lounge really is dining with a view. Dining with a view in the Qantas First Lounge

Throughout the lounge there are plenty of self serve food options as well if you are just after a smaller snack, although the staff in the lounge are extremely attentive and very quick to serve. The lounge has a number of shower suites to make use of should you wish to freshen up during your stay. The marble clad shower suites feature rainfall showers and are stocked with luxurious products. 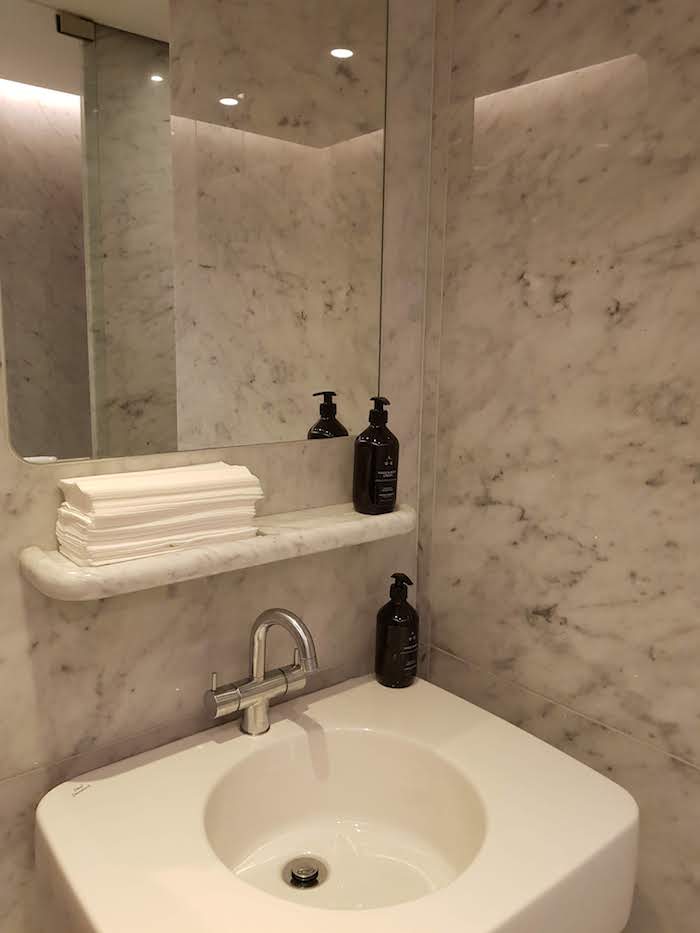 The Qantas First Lounge guests can also access the in-lounge spa with a range of treatments. The lounge staff will contact you the day before your flight to book a treatment. It is advisable to make the most of this opportunity and book ahead as on the dat bookings are limited. The Qantas First Class lounge is available to the following passengers: